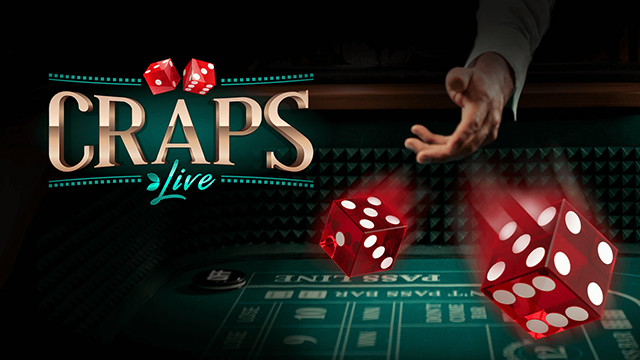 Towards the end of 2020, Evolution finally released their own version of the game Craps, called Live Craps. This is a live version of the popular table game stemming back to the roman empire in the 16-17th century. During this time, the game was actually called Crapaud, but has since then changed name to what is known as today. Over the years, many rules and versions of the game have been made, but the most common one that is played at the casinos is the American Craps, and that’s also the version that Evolution is using in their Live Craps.

Craps might seem like a very advanced game at first glance, but the fact is that the game is actually much simpler than you might think. After you’ve learned the betting options and alternatives, you’ll quickly get the hang of it. Live Craps is also played with a dealer which will be commentating the game round as it’s progressing, making it even easier for you to follow what’s going on.

On this page, we’ll be going through some of the basics of Craps. We’ll teach you how it works, where you can play it, and some basic tips for the game. Also consider picking up a bonus for your adventure, those can be found in the lists around TopTopCasinos!

How to Play Craps

Just like in Sic Bo, you can bet on different combinations in this game with different winning odds. Craps is all about establishing a point, and a point is always 4, 5, 6, 7, 8, 9 or 10 from two dice. Once all players around the table have made their bets, the player to the left of the dealer gets to go first. He will then choose two dice, which will be thrown to the opposite side of the table. The combination of the dice decide which bets that win. As a player, you can choose between tons of different combinations and numbers which have different odds of winning, with large payout potential.

As a new player, we recommend that you sit back and watch a couple of rounds before you start playing. Compared to many other games, you might also need to read some rules before you start playing as not everything is that obvious. Once you’ve picked up on some of the basic rules however, you’ll quickly get the hang of the game. You can then start betting low, and once you get more confident higher your bets. Some tips for Live Craps

If you’re a new player within Craps, one of the first things you’ll really need to master is the games’ rules and how to place your bets. If you’re for example using Line Bet, 6 Bets and 8 Bets correctly, your chances of winning increases, while using Prop Bets, Hard 4 and Hard 10 Bets is usually not the right call. Below, we’ve gone through some tips and tricks you can bring to the Craps table to increase your personal odds.

Some other general tips that don’t just apply to Craps but any table games is to hold a stable bankroll, and never bet more than you can afford to lose. If you’re on a losing streak, consider taking a break for some fresh air before you continue playing. Sometimes, it’s better to just give up for the evening and come back another day. At the end of the day, Live Craps is a luck game which you can only influence so much, the rest is all up to luck.

Craps is a pretty complex game at first sight, but after a couple of rounds of playing we can guarantee that it’ll feel a lot easier to play. As always, we recommend that you bring an awesome Live Casino Bonus to the tables. This will boost your balance, giving you some more money to play with which will result in longer sessions and even more fun. Live Casino Bonuses can easily be found here at No1Casinos. In our lists, we have plenty of top International Casinos, and many of them have great Live Casinos with Live Craps!

Tags:Evolution
previousDeal or No Deal (Evolution) – Do You Take the Deal Or Not?
nextSuper Sic Bo (Evolution) – The Super Fun Dice Game!